What is Docker and its usage

Docker is virtual environment like vagrant but there are following differences.
– Underlying kernel is shared among running containers(=virtual environment) and its overhead is far smaller than Vagrant which requires OS for each virtual environment and necessary resource
– By describing the system settings in a file, reproducibility of the same system can be secured
– Many docker images for many applications have already been created, shared and distributed like a library of programming language

You have to be cautious to use Docker for production environment but it is definitely suitable for the purpose of defining and sharing development & testing environments. 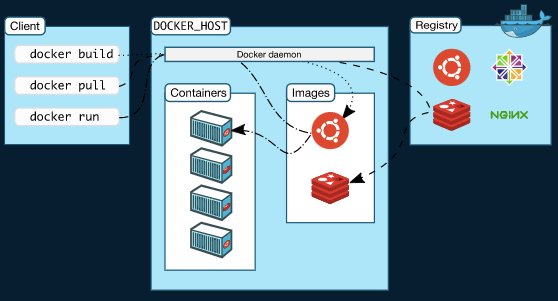 Benchmark of performance degradation due to Docker overhead

Though docker is said that its overhead is smaller compared to vagrant but it cannot avoid overhead (use of extra resources).

The question is how much performance degradation it is?
Here is result of benchmark.

Seeing result, if we turn off the security of Docker, you can expect some amount of performance improvement, it is not so much thought process creation can get much more improvement.

And if you use Docker, you have to be careful of how much disk space are used by docker containers & images.

How to install Docker

If you want to install latest version of official docker, not latest of Linux distributor, you can do it like this.

In the case of CentOS 8 or later

In the case of CentOS 7 or earlier

Run the hello world docker and check the operation

If you are user with root privilege, you can make it run but if you are a general user, you may encounter following error message.

In that case, docker can be executed only by a user who belongs to the docker group.
Add the user to docker group to resolve the problem.

Please note that even if a user is added to a group, they must be logged out and logged in again.

and check if the result is displayed properly.

Stop the process launched by docker-compose